EIT Manufacturing’s Co-Location Center Central in Darmstadt, Germany, has had a flying start to its business creation activities. Since January, seventeen new start-ups have been welcomed into EIT Manufacturing’s business creation funnel and are now getting support to scale up their activities. Some of these start-ups have already been identified as high potential European Gazelles, with high-growth and international scaling potential.

According to Wolfgang Kniejski, Senior Business Creation Manager, several of the start-ups share some common denominators: A focus on critical assets in the production network, and continuous improvement and monitoring of the communication between humans, machines, and ERPs systems as well as workflows. The innovations include several technological challenges that our manufacturing companies are facing, such as real-time perception and manipulation systems for robots, efficient shop floor management, Virtual Reality/Augmented Reality systems for intuitive work instructions as well as cybersecurity solutions for industrial IoT only to name a few.

“Our role is to understand their specific needs and support them in accessing European markets and international customers. We have already kicked-off the initial support actions, such as supporting them with concrete lead generation and networking ”, said Wolfgang Kniejski, Senior Business Creation Manager, CLC Central.

EIT Manufacturing helps the entrepreneurs to take their business idea to the next level, providing hands-on advice and support for lead generation, access to key decision makers, as well as inviting the start-ups to various networking and match-making events.

As a first step, some of EIT Manufacturing’s partners are starting to engage with the identified startups, in order to explore future joint projects or use cases, such as for Artificial Intelligence or supply chain solutions. In these cases, EIT Manufacturing may already have information about a pressing technology challenges disclosed by industrial company or partner, and acts as an intermediary between the start-ups, and potential buyers or customers.

EIT Manufacturing’s regional co-location centers are also co-operating with start-up ecosystems in Germany,  Poland and the Netherlands, to name a few. Eight of the start-ups nurtured by Co-Location Center Central have already been accepted in a catalogue and will be presented to potential buyers coming from German industrial companies at a match-making event organised by Gründerallianz in mid-June. 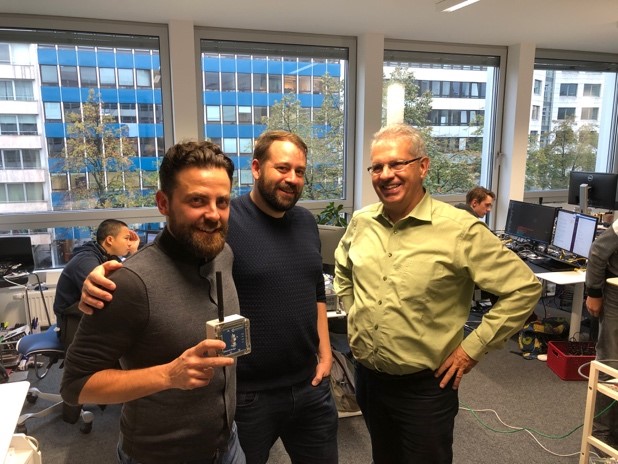