When ADAXIS, a startup whose software can turn robots into 3D printers, announced the receipt of more than €1 million in pre-seed funding, it was a victory for the company, but also an example of the ability of EIT Manufacturing to drive innovation in the manufacturing sector – both by building consortiums and by taking an active role as an investor.

“After supporting the development technology from idea to market-ready innovation, EIT Manufacturing is participating in the company with the same market approach as any venture capitalist,” said Tobias Elmquist, Business Creation Director at EIT Manufacturing.  “But EIT Manufacturing offers several unique advantages over typical VCs, including a network of experts and mentors, a Europe-wide ecosystem of potential partners, and an extra focus on the societal impact of the innovations we support.”

ADAXIS develops a single software platform that can be used to drive a variety of robotic arms, turning them into large-scale 3D printers that work with metals, plastics, composites and concrete. It solves the challenge of retrofitting sophisticated robots that were created for a specific manufacturing task, allowing them to operate with the flexibility of a 3D printer.

The ADAXIS platform, AdaOne, minimises the time it takes to go from design to final product. The possibilities for flexible, local production make it possible to reduce shipping, save costs, address supply-chain challenges and improve environmental sustainability of manufacturing.

The concept behind ADAXIS was developed at a February 2019 EIT Manufacturing Matchmaking event, which was designed to bring together members of EIT Manufacturing to discuss ideas and develop project proposals. A group of partners at the event, all members of EIT Manufacturing: RISE Research Institutes of Sweden, ESTIA Institute of Technology, TU Braunschweig, Volkswagen Group, Aerospace Valley and Spectrum Technology, agreed on the need for a versatile platform to control a variety of robots designed for manufacturing. The resulting Innovation Project, called SoftDREAM, was supported to develop the new platform. The technology has since been tested in projects by, among others, Volkswagen Group to produce 3D-printed auto-bumpers.

The project was so successful that within two years the team saw the possibility of creating a commercial startup and taking it to market, and EIT Manufacturing was impressed enough that they decided to get involved again, by becoming an equity investor. 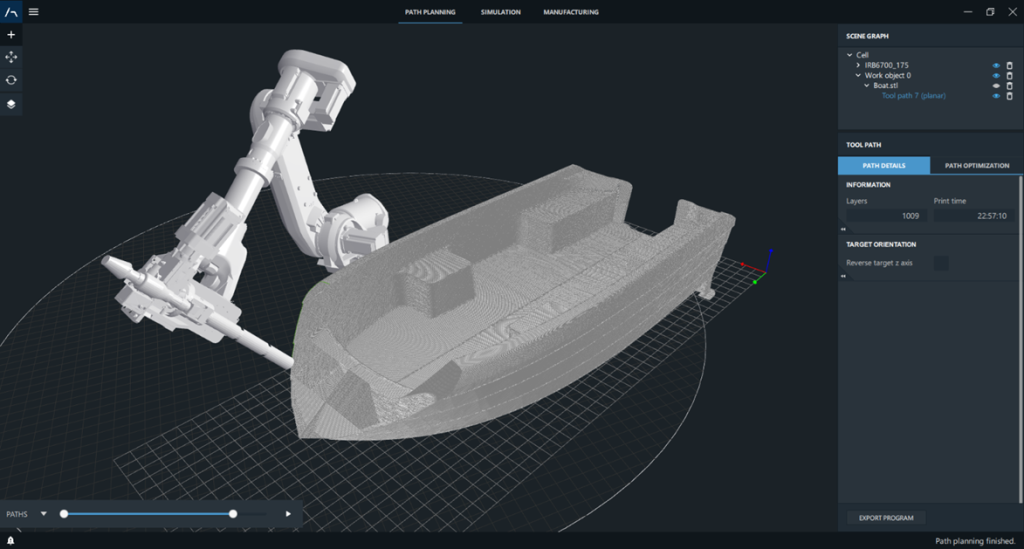 On 18 January 2022, ADAXIS announced investments and grants totaling more than €1 million, which includes an equity investment from EIT Manufacturing.

“EIT Manufacturing has the ability to support startups at different stages of their maturity, making it possible for us to actually drive innovation,” Business Creation Director Elmquist said. “We chose to support the idea behind this startup because we believed it could be a success, and we are now so confident of its potential that we are putting an investment behind it.”

The journey from the dreams of SoftDREAM to the launch of ADAXIS, an innovative startup with the potential to transform manufacturing, is exactly the kind of innovation pathway that EIT Manufacturing seeks to support.

Want to learn more about how EIT Manufacturing works to support startups and scale-ups? Find out more here.

Learn more about how you can benefit